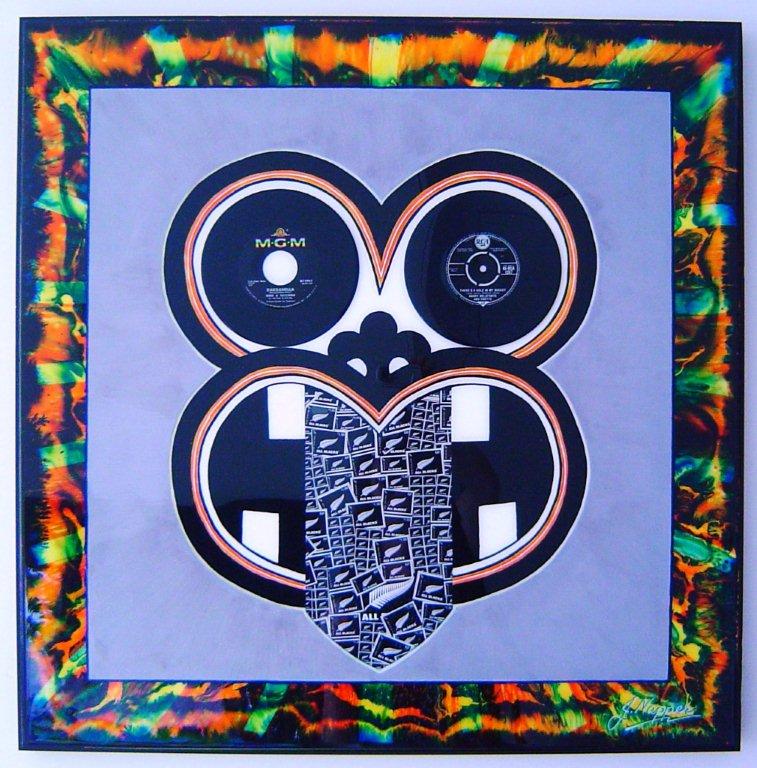 This provocative work from Janice Napper is representative of her Tiki series featuring actual 45rpm records as the bulging tiki eyes.

The very familiar title “Ka mate, Ka mate” is of course the beginning words of the most widely known haka in New Zealand and has been traditionally performed by the All Blacks Rugby team.

The cultural significance of this Maori haka which was composed by Te Rauparaha while hiding in a dark kumera pit from his enemies, is a celebration of life over death. The Tiki emerges from the somber  grey, triumphant over death. Napper has acknowledged the haka dance of passion and vigour through the fluid movement  of vibrant colours surrounding her work.

The protruding tiki tongue has been adorned with a collage of silver fern All Blacks postage stamps issued August 2010 as a build up to the Rugby World Cup hosted in New Zealand.  For Napper though like many New Zealanders the silver fern on a black background has become much more than a symbol of our national rugby team, it is a powerful international brand that represents sporting excellence but also our national identity.